Well, I wish I could post an update saying the MRI results were amazing, but sadly they were not what we hoped and prayed so hard for. The tumor did shrink 2cm, which is not a significant shrinkage. Unfortunately, the necrosis (cell death) he had in his cerebellum has gotten quite a bit bigger from the radiation. It is difficult for doctors to determine if this is pseudoprogression (caused by radiation) or tumor growth, but Payton’s oncologist believes it is NOT tumor growth. It has been very hard for me to think positive today which is one of the reasons it has taken 5 hours for me to post an update BUT this is NOT over. We will continue to fight this nasty tumor with any thing we can get our hands on that won’t harm him. On the positive side of Payton’s appointment today, his uvula (hanging thing in throat) is straight unlike when he was diagnosed and he is not having trouble swallowing which is something that often comes with DIPG and can be dangerous. His breathing is normal. His walking is pretty good, he does trip sometimes, but there hasn’t been a change. We are trying to wean him off steroids to get away from the horrible side effects, but Payton’s oncologist does not believe we will be able to get him off because of the necrosis, inflammation, and fluid in the brain so that was discouraging. Overall he is physically stable and for the most part in full form personality wise and that’s something to be thankful for. Today, I have felt like throwing in the towel, I’ve felt helpless and very down, but tomorrow is a new day and the fight will go on! Thank you all so much for lifting our beautiful son up in prayer so much over the last few months. I do know prayers will not interfere with God’s will, but I won’t lose hope thaf a miracle could happen.

He doesn’t know, that I’m crying behind this smile.
He doesn’t know, that his head on my shoulder is all I need.
He doesn’t know, that my heart is hanging on by him.
He doesn’t know his odds. I can’t allow him to see the fear and pain I am enduring during this time. This consumes my life. This grief I am dealing with is confusing..he is still here, and I’ve not lost hope, yet I mourn the loss of a son that “used to be”. He used to be full of energy, wild, and defiant. He used to run so fast, I’m not just saying this, I mean it. He was the fastest running kid I’ve ever seen. Now it’s not the easiest thing for him to walk with so much extra weight on his naturally little body, although I’m very grateful he still can walk. I ask myself “Why has God already taken so much of him?” “Is He preparing me for the worst to come?”. Some days are harder than others and today is one of them days. 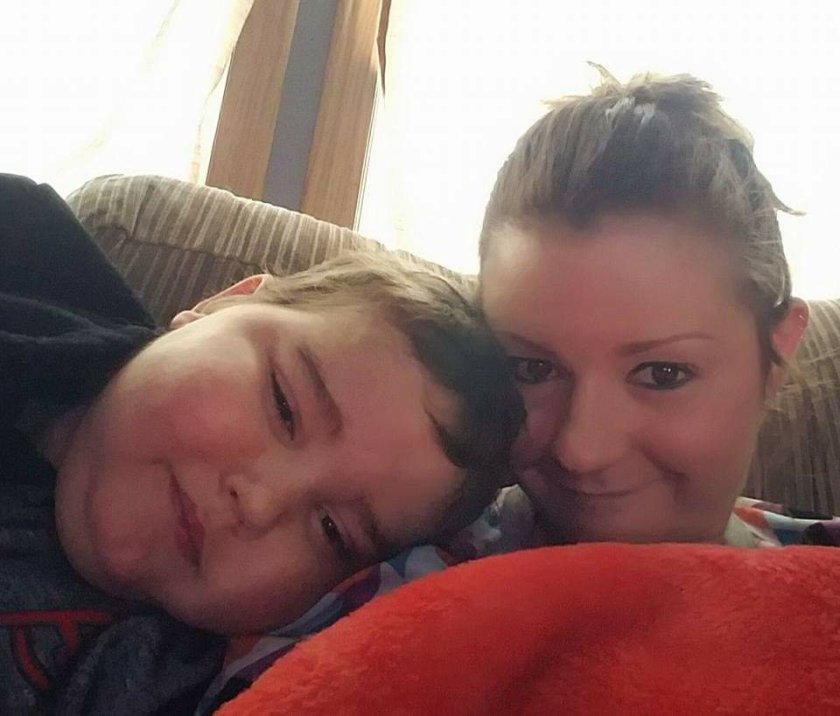